Oregon’s top attorneys have ruled that historic horse racing machines cannot be installed at the Flying Lark in Grants Pass because they violate the state’s constitution.

Just 42 miles south of Cow Creek’s Seven Feathers Casino Resort, developers of the Flying Lark hoped the HHRs would move forward to help grow the horse racing track and entertainment facility, despite strong objection from many of Oregon’s tribal governments.

The ruling was sent the Oregon Racing Commission, who had been tasked with approving the Flying Lark’s expansion proposal.

The Flying Lark’s founder, Travis Boersma, a billionaire also at the reigns of Dutch Bros coffee, claimed that without the HHRs, he would be forced to lay off employees.

Since the initial construction of the Flying Lark, Cow Creek Tribal leadership, along with leaders of the Confederated Tribes of Grande Ronde, the Confederated Tribes of Coos, Lower Umpqua and Siuslaw Indians, and the Klamath Tribes, have made their opposition clear, arguing it unlawfully expands Oregon’s gaming and harms Tribal communities by subdividing an oversaturated market.

Ultimately, the Oregon Department of Justice decision stated that the HHRs would violate Oregon’s Constitution by either creating a casino or lottery, both of which would be against the law.

“The planned concentration of 225 electronic gaming machines offering games of chance constitutes a casino,” wrote Renee Stineman, Chief Counsel of the Oregon Department of Justice and Oregon Attorney General Ellen Rosenblum. She also stated, “the machines are games of chance that do not afford players any meaningful opportunity to exercise skill. As a result, we conclude that they are lotteries.”

In a statement following the ruling, Boersma said in part, “I remain committed to saving horse racing in Oregon, providing family wage jobs in southern Oregon, and working closely with Tribal leaders to ensure all Oregonians benefit from the opening of the Flying Lark. “ 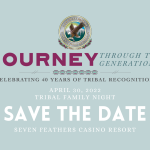 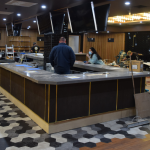