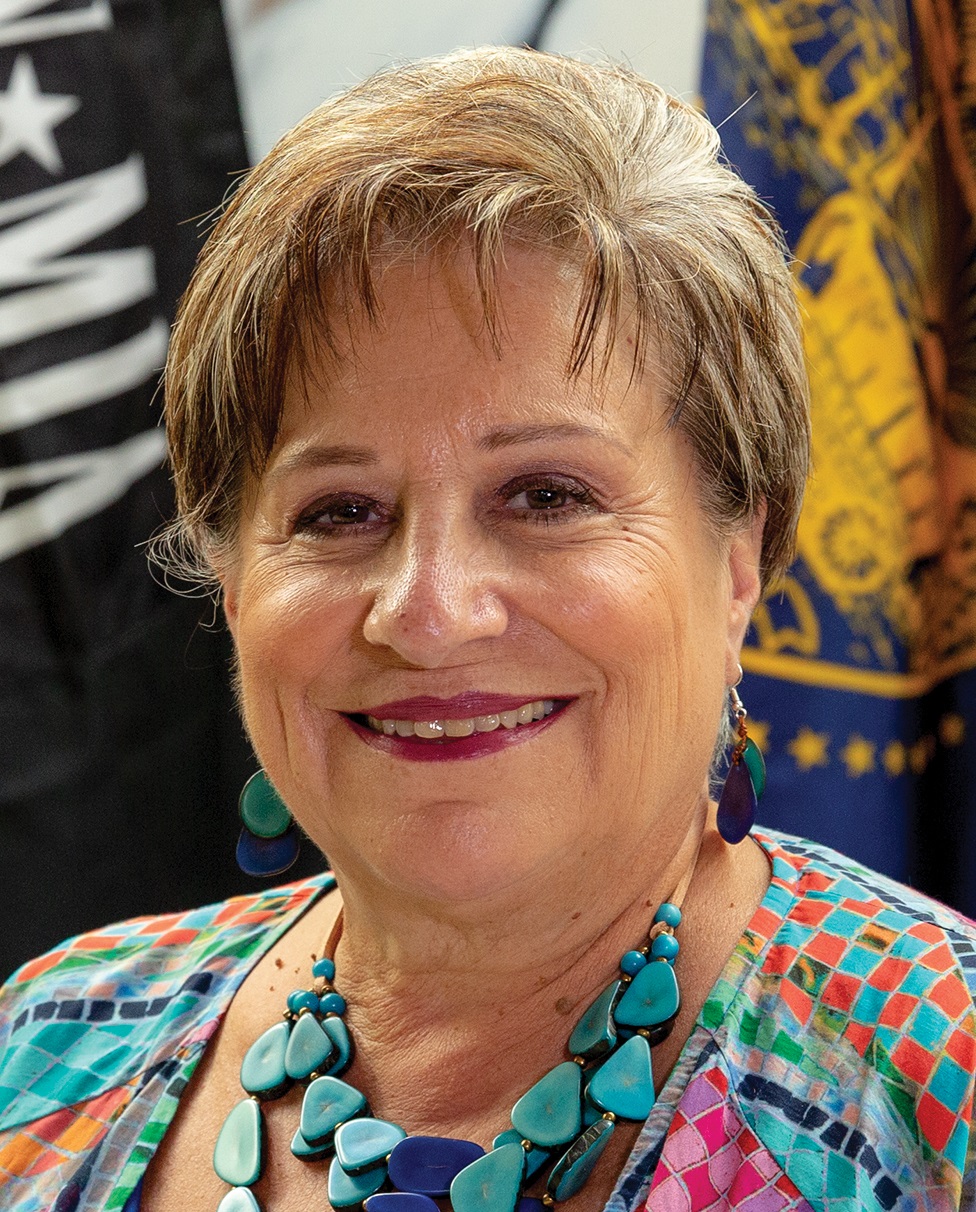 The Cow Creek Band of Umpqua Tribe of Indians has a new Chairman to lead the Tribe for the first time in 12 years.

Carla Keene was elected Chairman of the Tribal Board of Directors by her fellow board members at the General Council meeting on August 14, 2022. Former Chairman Dan Courtney announced earlier in the year that he would step down as Chairman, but remain a member of the Board.

Keene was most recently elected to the Tribal Board of Directors in 2019. She previously served on the Board as Secretary from 1984 to 1992, known then as Carla Swanson. Keene thanked the Cow Creek Tribal members for their confidence in her.

“I am proud to be a Cow Creek and look forward to being your Chairman this coming year,” said Keene. “I want to thank the membership, who elected me to the Board to work for them three years ago. I also want to thank the Board for believing in me to be their Chairman. I am committed to this Tribe and the work that it entails.”

In the coming months, Keene plans to work closely with board members in order to develop a long-term strategic plan for the Tribe, as well as create goals that advance the Tribe’s ongoing objectives of self-sufficiency. As a member of the Board, Keene has been a proponent for growing Tribal businesses, and protecting natural resources.

“I am a strong advocate of economic development and working to build our land base. Everything that goes with natural resources, from our salmon, water, hunting, gathering, and more. We must protect our environment,” said Keene.

“Building our culture program and bringing back as much of the original traditions and culture as possible,” said Keene. “We need to educate our youth, not only to carry on those traditions and to know our history, but to come home and be ready to be the next generation to carry on what has been started.”

Following the pandemic, Keene sees the role of Tribal healthcare as equally important.

“One of the things that was so important to my grandfather and the Elders, was our health program,” she said. “That was the number one thing they worked toward.”

Keene says she believes everything is interconnected, and strengthening one area of the Tribe supports all Tribal endeavors.

“I don’t believe you can have a Tribe without our Elders passing down stories and tradition, which leads into culture, education and our native language. Natural Resources, which includes our first food, salmon, water and our forest. We need timber, a renewable resource, to grow our land base to pass on to our future generations. All of it, and so much more, makes up the Cow Creek Band of Umpqua Tribe of Indians.”

Looking toward the future, Keene says the financial position of the Tribe is strong due to a diverse economic plan.

“The pandemic was extremely hard on Tribal families,” she said. “We tried to ease the financial burden as much as possible for our members. It is important that we continue to grow so that when times like the pandemic arise, we have the means to help our people.”

Following her election at the General Council meeting, Keene thanked Courtney for his years of service as Tribal Chairman.

“Dan has been a strong advocate for this Tribe,” she said. “He has made numerous trips to Washington, D.C. to help secure our reservation land, which was no small feat. Dan has continued to work to help protect our economic development and our social service programs by testifying at the Department of Interior that all Tribes should only be allowed one casino. He was a leader in helping to stop the Flying Lark from opening, which would have been Oregon’s first private casino.”

“I admire Carla’s strong leadership and respect her commitment to the Cow Creek Umpqua Tribal members, and especially her dedication to Tribal government during federal recognition,” said CEO and Tribal Administrator Michael Rondeau. “Her engagement will benefit the Tribe in many ways.”

Learn more about our Tribal government

Please direct all communications with Chairman Keene and the Tribal Board of Directors through the Cow Creek Band of Umpqua Tribe of Indians Government Office: