The Cow Creek Band of Umpqua Tribe of Indians is one of nine federally recognized Indian Tribal Governments in the State of Oregon. The Cow Creek Tribal Nation, located in Southwestern Oregon, has over 1,800 members who are governed by an elected eleven-member council known as the Tribal Board of Directors. The Cow Creek Tribe has a rich history in southern Oregon that reflects hard work, perseverance and the desire to be self-reliant. 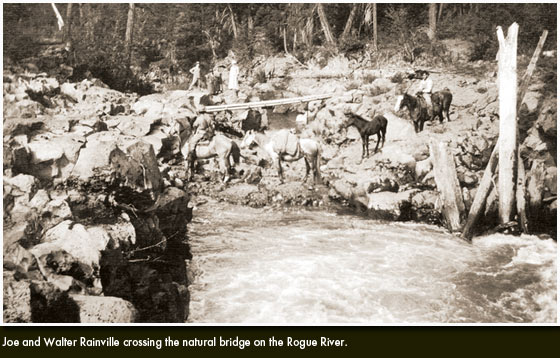 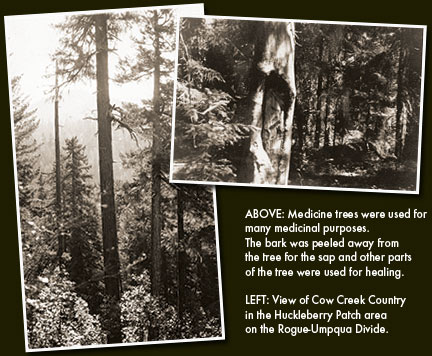 The Cow Creek Tribe is unique in that they, on September 19, 1853, were one of the first two tribes in Oregon to secure a Treaty with the United States of America. This Treaty, ratified by the U.S. Senate on April 12, 1854, established the Government-to-Government relationship between two sovereign governments. As a result of the Treaty, the Cow Creek Tribe became a landless tribe, ceding more than 800 square miles of Southwestern Oregon to the United States. The Tribe was paid 2.3 cents an acre for their land. The U.S. Government was selling that same land, through the Donation Land Claims Act, for $1.25  an acre to pioneer settlers. This Treaty between the United States Indian agent, General Joel Palmer, and the Cow Creek Indian people, had many deficiencies. Specifically, there was no understanding by the Indians of the language or the concept of signing (making their mark on) the Treaty document and further, there was no understanding by the Indians of land ownership, let alone land boundaries (hunting, fishing and gathering sites, as well as tribal composites, were well established).

The Treaty also promised health, housing and education to the Cow Creek Tribe. However, the Treaty was ignored by the U.S. Government for nearly a century until the Western Oregon Indian Termination Act of 1954. This Act, advertised as legislation to “Set the Indians Free,” caused federal relations with over 60 tribes and bands in Western Oregon to cease to exist. The Cow Creek Tribe had never received services or “recognition” since shortly after 1855. Ironically, however, they were “recognized” for the purpose of their involuntary termination in 1954.

The Cow Creek Tribe received no prior notification of the Termination Act, as required by law, and because of that were able to obtain presidential action in 1980 to take a land claims case to the U.S. Court of Claims. The Court of Claims case was subsequently litigated by the Tribe to a negotiated settlement of $1.5 million. 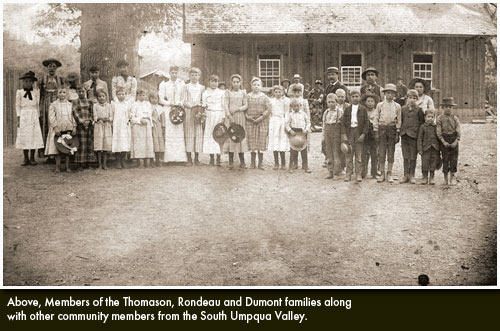 The Cow Creek Tribe vested their entire judgment fund of $1.5 million in an endowment, from which they draw, on an annual basis, only the earned interest. These earnings have always been earmarked for economic development, education and housing, in order to create a higher quality of life for all Cow Creek Tribal members. 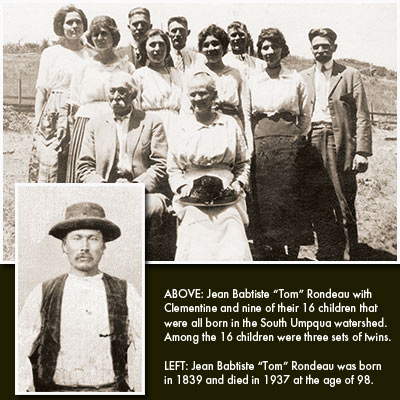 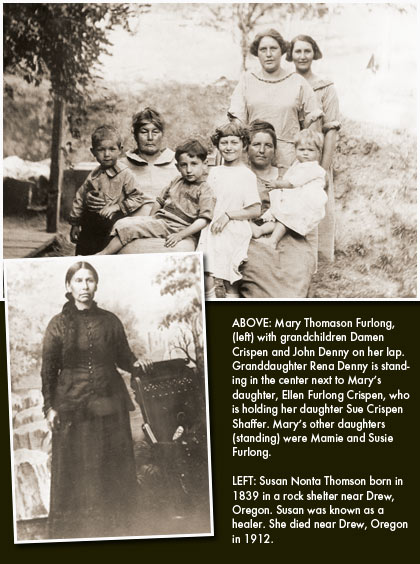 The Cow Creek Tribe lived between the Cascade and Coast Ranges in Southwestern Oregon, along the South Umpqua River and its primary feeder stream, Cow Creek. This territory included the entire Umpqua watershed; however, the Tribe was very mobile. A vast area surrounding this watershed was known as their trade, hunting and gathering area. This area extended north into the Willamette Valley and to the east to Crater Lake and the Klamath Marsh area, as well as reaching as far west as the Coast Range and south through the Rogue River Watershed into the Siskiyous.  Deer and elk were abundant as were summer runs of silver salmon and winter runs of steelhead. The Cow Creek Tribe made extensive use of the huckleberry patches along the Rogue-Umpqua Divide and the hunting areas and “medicine” trees in the watershed of Jackson Creek. There was more broad usage of the South Umpqua Falls and Big Rocks for fishing and general subsistence purposes. Their homeland was one of beauty, but it also demanded work from its occupants. Cow Creek men carried their arrows in a quiver made of the entire skin of a fox or otter. Cow Creek women wove baskets of wild-hazel bark, bear grass and maidenhair fern stems. 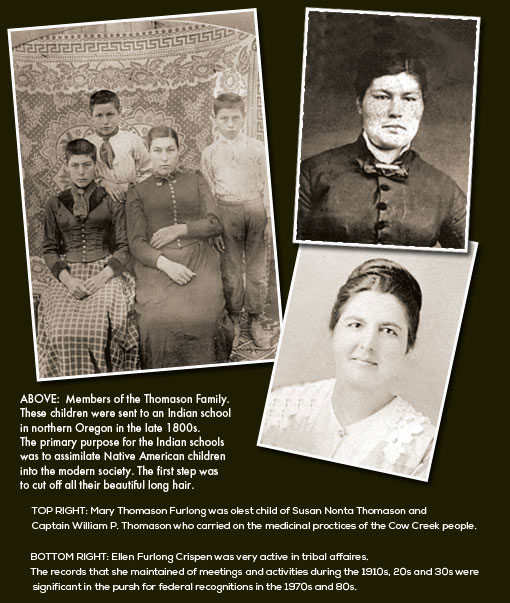 Cow Creek homes were designed in response to the seasons. The Cow Creek Tribe constructed their winter houses primarily of pine boards over shallow excavations in the earth. There are records that rock shelters, with animal hides, were also used for homes. 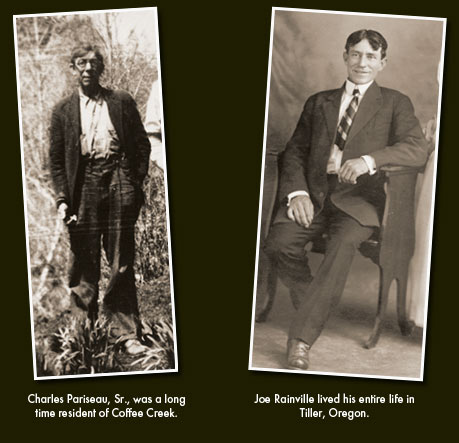 During the salmon runs, the Cow Creek Tribe built weirs across the streams and placed funnel-shaped basket traps made of hazel shoots in the narrow channels. According to pioneer settler, George Riddle (1851), “The salmon in great numbers would pass up by the side of the trap and, failing to get above the dam would be carried back into the open end of the trap, and the weight of the water would hold them.”

Survival for the Cow Creek Tribe was very difficult during the 1850s. When gold was discovered, the area was flooded with miners from California who filed claims on the local rivers and streams. Hydraulic mining filled rivers with dirt and debris, destroying salmon runs. The filing for land by settlers under the Donation Land Claims Act in 1850 set the stage for increasing tensions between Indians and the newcomers. Epidemics swept through their villages, killing members of the Tribe, including their chief, Miwaleta. 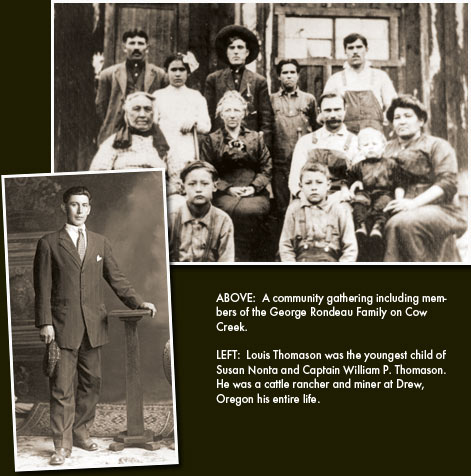 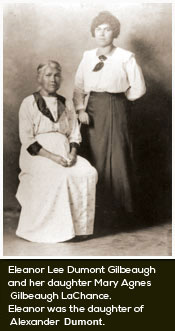 Efforts were made to remove the Cow Creek Tribe from the area to reservations in northern Oregon. Indian people were promised a wonderful life on the reservation. A young boy was sent to one of the relocation reservations to assess the condition of reservation life. He traveled during the night to avoid being captured. Once he arrived at the reservation, he was terrified by what he saw. Conditions on the reservation were deplorable. His first sight was of an infant sucking on its dead mother’s breast. 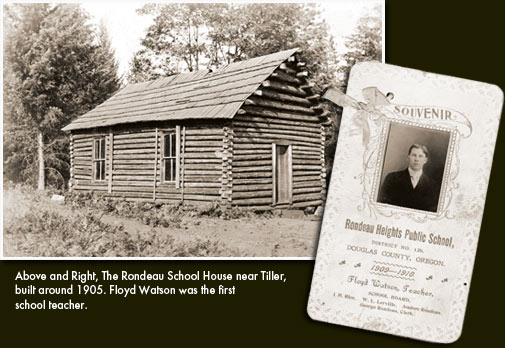 The Cow Creek Tribe never received the reservation their Treaty promised. Even without a reservation, the people remained in their homelands. They continued to meet and hold council as their ancestors had always done. Historical tribal documents from these meetings were instrumental in providing proof of the Cow Creek Tribal ways. A more aggressive approach to restoration took place in the 1970s. Though they had no financial resources, tribal members began to energize to pursue the legal validation of what their ancestors had already known. Today, the Tribe is buying back its land and operating various business enterprises for the economic development of the Cow Creek Tribe and the communities in which they live.

The Tribal Government is responsible for establishing the policies and procedures for the administration of tribal programs, economic development ventures and other governmental business.

The Gaming Commission is the regulatory body of the Tribe, responsible for compliance to rules and regulations as established by both the Tribal Government and the Tribal/State compact.