A group of Oregon’s Tribal leaders, including Cow Creek Board of Directors Chairman Dan Courtney, are united in their opposition to a proposed private gambling project in Grants Pass.

The project, the Flying Lark, is already under construction in Grants Pass, with a planned horse racing track and a proposed facility with 225 “historic horse race” betting machines. The Flying Lark is a project launched by Grants Pass native and Dutch Bros’ co-founder Travis Boersma.

Courtney, along with Confederated Tribes of Grande Ronde Chairwoman Cheryle Kennedy, Confederated Tribes of Coos, Lower Umpqua and Siuslaw Indians Chairwoman Debbie Bossley, and Klamath Chairman Don Gentry, co-authored an opinion column in Wednesday’s Oregonian newspaper arguing that an approval of the project amounts to private gambling, fundamentally causing harm to the Oregon economy and many communities across the State of Oregon.  The co-authors contend that the gaming on-site at Flying Lark will ultimately hurt Oregon’s Tribal communities, as well as the Oregon Lottery, by causing a decline in Tribal revenue that provides for community healthcare, childcare, social services, housing and education. Money generated by the Oregon Lottery also goes toward public schools, essential services for Oregon’s military veterans, and maintaining state parks.

Courtney and the co-authors also write that they aligned to commission a study of the economic impact of a private gambling establishment, and that the bottom line amounts to a loss of $20 million for Oregon Tribes and the state lottery during the first year. According to a publication by the Grande Ronde Tribe, that same study warns those losses could extend to into the hundreds of millions of dollars if additional private gaming race tracks and facilities are approved in other Oregon communities.

The co-authors point out there has been no public input sought to help make a decision. They are requesting the state delay considering the project until ample studies and opinions are considered from all involved parties.

The Oregon Racing Commission plans to meet Thursday (10/21) to discuss these plans. 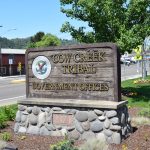 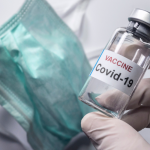