A new report from the U.S. Department of the Interior reveals a staggering number of atrocities committed against indigenous children while housed by government-run boarding schools during the last century.

The report on Federal Indian Boarding Schools revealed that at least 500 native children died while forcibly attending the schools, and were then buried in marked and unmarked graves.

Investigators documented at least 53 burial sites at the over 400 federally-operated schools across the country. Specific sites were not identified out of respect for families, as well as concern over theft.

Investigators expect additional burial sites and deaths to be identified.

The U.S. Government ran the schools between 1819 and 1969, removing thousands of Tribal children from Native American, Alaskan Native and Hawaiian Native families. Children were forced to change their names and only speak English as a way to stamp out their Native identities and cultural ways.

According to the report, schools were established as a way to forcibly assimilate Native children into white American society, and that they operated as part of a broader American policy to acquire Tribal territories. Children suffered cruel, dangerous and inhumane punishments, and survivors experienced lifelong health conditions, including depression, PTSD, as well as trauma from physical and sexual abuse.

The report was commissioned by Secretary Deb Haaland, the first Native American cabinet secretary in U.S. history. Haaland is a member of the Laguna Pueblo Tribe, and her grandparents were survivors of Indian schools.

“It is my priority to not only give voice to the survivors and descendants of federal Indian boarding school policies, but also to address the lasting legacies of these policies so indigenous peoples can continue to grow and heal,” said Haaland in a statement.

According to the report, one outcome of the federal boarding schools was that native children were displaced far from their homes, resulting in generational Tribal disruption. The report cites children from the Northwest were sometimes sent to Oklahoma, and children from Alaska often went to Chemawa Indian School, near Salem, Oregon.

The report details names and locations of each federal school operated within each state. Investigators identified nine schools in Oregon, and 15 schools in Washington.

The investigation is ongoing, with the intent of identifying all burial sites at every institution.

The report also announced a “Road to Healing” program, which will provide opportunities for survivors of Indian schools to come forward and have their experiences officially documented.

The investigation was spurred after the remains of more than 200 First Nation children were discovered at a Canadian-run Indian school in Kamloops, British Columbia, in 2021. Since then, mass graves and burial sites have been found at many more schools in Canada. 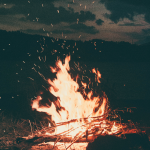 Events and Resources for Veterans in the Bend, Redmond, Madras, and Warmsprings AreasPublic Announcements 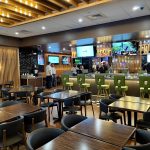