Over and over again, the majority opinion expressed at a December hearing over the Coquille Indian Tribe’s attempt to build a second casino more than 100 miles away from their existing casino was opposed to Coquille expanding anywhere into Jackson County.

The hearing was the latest step in the nearly 10-year process since the Coquille Tribe first proposed the 30,000 square-foot casino on 2.42 acres of land in the City of Medford.

But it is not the last step. There are still many official processes and reviews ahead before a final decision is issued by the Bureau of Indian Affairs on the casino. The Cow Creek Band of Umpqua Tribe of Indians knows the fight will continue, and is prepared to keep with it until the end.

“This is nowhere near over,” said Cow Creek Umpqua CEO Michael Rondeau. “We still have to make every effort both politically and locally on the ground in Medford to create opposition toward this project.”

At the December hearing for public comments on the Draft Environmental Impact Statement (DEIS), Cow Creek’s Tribal Chairman urged regulators to recognize the wide ranging effects of their decision.

Since the Coquille proposal first surfaced in 2015, the Cow Creek Tribal Government has vehemently opposed the project, citing numerous dire consequences it would have their ability to provide assistance and opportunities for Tribal members.

“If approved, and the doors open, this will open the floodgates for additional casinos in the State by this one Tribe,” said Rondeau at the hearing. “The other Tribes do not enjoy that ability to open second casinos. The casino is 150 miles from their reservation.”

In addition to the distance from Medford to North Bend, where the Coquille Tribe currently operates the Mill Casino near Coos Bay, a number of commenters expressed that Coquille has no roots in Jackson County.

“[This] would set a dangerous precedent allowing Tribes to establish gaming establishment far away from lands where they share any geographic or historical connections,” said Courtney.

For years, a foundational balance in Oregon’s state and Tribal governments has been “one Tribe, one casino,” and many said Coquille is blatantly ignoring that policy.

“For me, it essentially comes down to ‘one Tribe, one casino,’ which the State of Oregon has agreed to, and the fact that the Coquille Indian Tribe has no ancestral ties to this area,” said Cow Creek citizen and Jackson County resident, Crystal Ansures.

“I believe totally in the idea of one casino per Tribe,” said former Jackson County Commissioner Sue Kupillas. “The Coquille Tribe already has a casino, the Mill Casino in Coos Bay. I think this opens the door for gaming facilities all over the State of Oregon. I don’t think that’s who we are.”

The legality of the proposal and the DEIS, available for the public to read online at https://coquille-eis.com/, was also disputed.

“This proposed action would violate the Indian Gaming Regulatory Act, and the failure of the DEIS to consider that legality of this project means that the DEIS itself is irreparably flawed,” said Anthony Broadman, General Counsel for the Cow Creek Band of Umpqua Tribe of Indians. “This process should be halted now. It’s bad for Tribes; it’s bad for Oregon.”

“There are other ways for the Coquilles to achieve their purpose of economic development without having a negative impact on the other Tribes,” said Cow Creek citizen and Jackson County resident Vera Jones.

Cow Creek Tribal members were not the only ones to offer public comment. Leadership from both Tolowa Dee-Ni’ Nation and the Klamath Tribes made remarks against the Coquille proposal.

“The draft is untethered from reality of the impacts we will feel if a massive gaming facility is opened about 100 miles away,” said Jeri Thompson, Tolowa Dee-Ni’ Chairman. “Any reduction in revenues from our gaming facility will be felt across a wide range of governmental services. The welfare of our nation’s citizens is at stake here.”

“It’s not fair to pit tribe against tribe, especially when some Tribes are in a very rural area,” said Gail Hatcher, Vice Chairwoman of the Klamath Tribes. “We need to stay in our own area. I think Coquille would do best to stay within their own Tribal area and do what they can do on the coast.”

Over the course of nearly two hours of public comment, 75% of speakers who testified were opposed to a Coquille casino in Medford.

“We respectfully request that the BIA take these very real human and environmental impacts into consideration when analyzing the proposed actions,” said Chairman Keene.

The Bureau of Indian Affairs has granted a request to extend the collection of public comments regarding the Coquille Gaming Facility Project before issuing a final decision on the proposal.

The Cow Creek Band of Umpqua Tribe of Indians is looking for additional people able to provide testimony during this important process. The hearings are conducted virtually via Zoom, and will require each person who comments to register prior to the meeting.

During the Zoom meeting on January 31, the BIA moderator will ask for anyone who wishes to provide public comment to click the “Raise Hand” function within the Zoom window. Commenters will be unmuted and allowed to speak for three minutes, during which their comments will be added to the official BIA record. 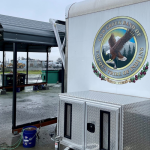 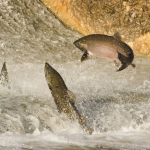