A case challenging the Indian Child Welfare Act (ICWA) is set to be heard before the U.S. Supreme Court this month.

Brackeen v. Haaland is a potential landmark case that if overturned, could strip Native American governments of the rights to raise Tribal foster children within the Tribe, thus severing a child’s connection to culture.

The case was brought by a Texas family, the Brackeens, who adopted a Navajo boy in 2017 after his mother and father’s parental rights were terminated. They are fighting to adopt the boy’s sister, and argue they are better suited than Navajo family members to raise both children together. They claim ICWA is based on racial discrimination and unconstitutional.

The ICWA is a federal law designed to protect Native children by deferring to Tribes to find foster homes within the Tribal community and maintain familial Tribal connections. It was passed in 1978 as a way to prevent Native children from being stripped away from their Tribes, and to “promote the stability and security of Indian Tribes and families.”

The Cow Creek Band of Umpqua Tribe of Indians, as well as Oregon’s eight other federally recognized Tribes, signed an amicus brief in August in support of the ICWA. Oregon legislators passed a law in 2020 that upholds the state’s version of the ICWA. 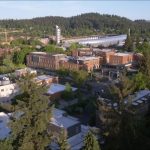 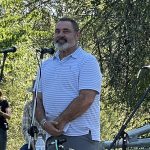