*This article appears in the September 2022 issue of the Tribal newsletter. Tribal members may log in to read the current issue or past issues of the newsletter by clicking here.*

The tragedy of opioid abuse and overdoses are becoming more commonplace in Oregon’s communities. But Cow Creek Behavioral Health is fighting addiction and death with education, prevention, and a life-saving treatment.

Anyone can find themselves in the grips of addiction, even opiate addiction. At Behavioral Health, the staff hears from about one or two patients per month who need help with opioid abuse.

“It is people that we know,” says Behavioral Health Operations Manager Josh Mabray, recalling conversations with people reeling from pain caused by addiction. “Everybody knows somebody [who has lost someone to an overdose].”

The Oregon Health Authority reports that in 2020, overdoses/poisoning killed 900 people in the state, more than any other cause of death. Overdoses rank as one of the biggest killers in the Cow Creek seven-county service area.

Spain and Mabray believe opioids, both those that are prescribed for pain and those that are synthetic, like fentanyl, and sold in the drug trade, are quick and cheap ways for people to push away their pain and trauma.

“As Native people, we’re healing from inter-generational trauma that was passed down to us from our grandparents and great-grandparents,” Spain says. “When you understand the history of our Tribe, for years our people were in absolute survival mode. When you’re in that mode for decades, it’s passed down to your children, and to their children.”

Spain says that even though life looks a lot different now than when ancestors were sent to reservations or boarding schools, it’s still in some people’s DNA.

“A lot of people think we’re so far removed, that doesn’t affect [them] now. They say, ‘I have a car, and a house, and a family.’ But we’re still affected by inter-generational trauma, some people more than others. Some never got out of that trauma cycle,” he says.

Opiate addiction can look different from person to person, but there’s often common warning signs that show up first.

“It could be the grandma who has been prescribed opiates for pain for so many years. All of a sudden, she’s running out of her prescription toward the end of the month,” says Spain, who says that’s a red flag.

“People start running out of their prescriptions, and they’ll seek it out other places. That’s when they could run into some problems of fake pills that have fentanyl in them, and that’s how people die,” he says.

Some of the other warning signs include isolation, lying, things turn up missing, or even appearing to fall asleep at abnormal times.

“You could be talking to someone having a conversation and the next thing you know they are taking a little nap. That’s when the opiate kicks in,” says Spain.

With the abuse of opiates increasing, Narcan, or Naloxone, is being used more widely as a way to revive someone who has overdosed. It’s an FDA-approved nasal spray, similar to those used for seasonal allergies, and it can reverse the effects of opiates in the brain and on the body. With one or two sprays, Narcan can save a life and provide a second chance for someone to get on a path to wellness.

And, there are no safety or medical issues if it is issued to someone not under the influence of opioids. Narcan is a first-aid device.

Working alongside Cow Creek Public Health, the Behavioral Health team was at Pow Wow this July at South Umpqua Falls, talking with Tribal members and educating them about Narcan and how it can stop an opioid overdose. There was some hesitation at first from Tribal members, but then for some, realization set in.

During that discussion, Spain said a woman recalled recently seeing a person just like that, slumped over outside a store parking lot, and they called 911. She said that person was having an overdose.

At Pow Wow, Behavioral Health provided education and Narcan to about 50 people. But it was the last person Spain spoke with that he still thinks about.

“The last person I provided Narcan to was brand new in recovery, and just overdosed two months ago,” he says. “They were a few months clean. Somebody used Narcan on them and saved their life.”

“People that we’re helping, and that will be helped by Narcan, they’re people that everybody knows,” says Mabray.

Behavioral Health says any Tribal member is welcome to call for help for themselves or a family member, to get answers to questions about addiction and recovery, or to just talk and get support. Behavioral Health can also provide a quick step-by-step tutorial on how to use Narcan in an emergency situation.

Spain and Mabray hope Narcan will be made more regularly available to Cow Creek Tribal members and on Tribal properties.

“[With] Narcan, you might get it now but who knows when it might come in handy for somebody?” says Mabray. 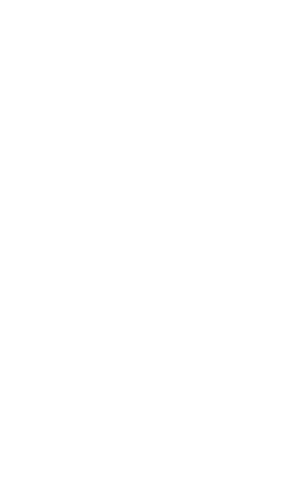 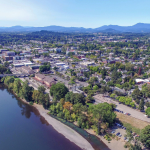 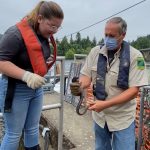